HomeNewsCut through the Clutter with Text Message Marketing
NewsFeatured

Cut through the Clutter with Text Message Marketing

Text messages invoke strong customer engagement, don't compete with spam, and reach prospects where they're at. 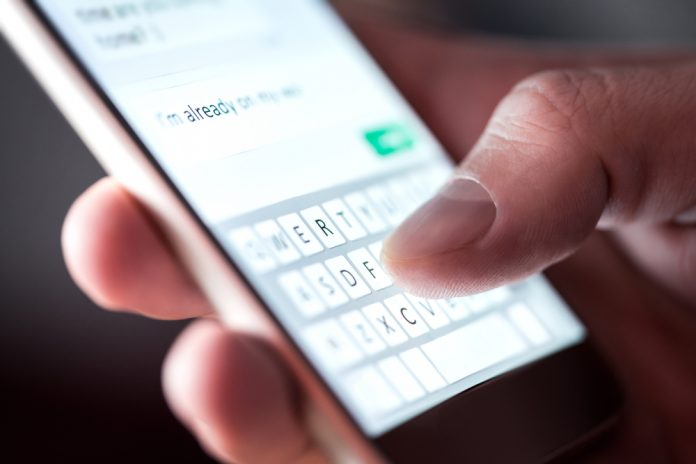 Every day and every hour, consumers are being bombarded by advertising messages. As this very distracting clutter increases, B2B marketers are faced with a mounting challenge of how to stand out from the crowd. In 2007, the market research firm Yankelovich released its findings that the average city resident was exposed to almost 5,000 different advertisements in a single day. In 2021, only speculations are available, but several put the estimate at 10,000 or more. With numbers like these, it’s no wonder why companies and marketing professionals are turning to text messaging as an essential medium for their outbound communications. With an average 90%  open rate in the first three minutes of sending out a message and an overall 98%  open rate over time, not to mention click-through and engagement numbers that overwhelmingly surpass the best email campaigns, text message marketing is an important component for B2B companies to implement.

Text messaging has evolved from that first text sent by Neil Papwort to Richard Jarvis in 1992. The short message service (SMS) developed at that time has proved to be wildly popular, making it the single most used data application on any mobile phone as of 2010. The initial limitations of 160 characters have been mitigated by techniques like concatenation, linking related messages, allowing for longer SMS texts to be sent. In 2002, the first multimedia message system (MMS) phones were released, allowing users to send multimedia-enabled texts, including images, documents, and small videos. MMS allows the ability to use headlines, as well as increasing the character count nearly tenfold for a fuller messaging experience, but the trade-off is an increase in the cost to send.

Text messages are known to invoke strong customer engagement, which can include sending a text response or clicking on a link. The high open rate for text messages is primarily due to two factors:

Most cellphone users have their cellphone with them nearly constantly.

The highly regulated nature of the text messages greatly decreases the amount of spam associated with the medium, with less than 1% of messages reported as spam. In addition, as reported by the Pew Research Center, cellphones and smartphones are much more likely to be utilized by both college graduates and reported HHI’s over $75,000, with penetration approaching 100% for having owning either device. This means that it could be a particularly effective means of reaching B2B contacts, as well as a very cost-effective way.

As with most marketing initiatives, it is important to know and implement best practices when embracing text messaging for communicating with prospects and customers. They include:

Begin by building a proprietary list of contacts from the ground up (and the sooner the better). Due to the regulated nature of text messages, it is not possible to simply buy a list to market to. Businesses need to cultivate those relationships by including a QR code or some other text-to-join feature in everything a prospect might encounter, from the company website to social media to every email signature. The sooner companies begin developing a database of contacts, the sooner they can begin text communicating to their target audiences.

Create a compelling reason for others to want to join your list. Some ideas include giving away valuable business information or some type of template or other virtual product. Some companies have also had success by including gamification options, like “spin-the-wheel” games to receive a discount or other prizes.

Make sure to use keywords to create your opt-in database as well as other secondary and tertiary product databases. These keywords are an invaluable tool for reinforcing branding as well as providing a means of segmenting audiences for further communications.

Use available tools to customize content. Text messages are highly trackable and offer similar metrics such as those offered by email campaigns – the availability of tracking clickthrough and open rates. You can use these tools to tailor your message and reap greater benefits.

Be sensitive about the frequency of text message marketing. There is an intrusive aspect to text messaging that generally makes it advisable to limit the number of text messages to two to six times per month, depending on the type of business. A common and effective practice is once per week. Some B2C companies have benefitted from more frequent communications, but it is not a recommended strategy for most B2B businesses. You want to make sure to use this medium to promote your most valuable information and offerings.

The Telephone Consumer Protection Act (TCPA) is the most noteworthy regulation that applies to text message marketing. This legislation, which falls under the dominion of the Federal Communications Commission (FCC), is part of what helps keep text messaging free of unsolicited messages, such as those that affect e-mail marketing, which is regulated by a different agency of the U.S. government.

Some basic guidelines to keep in mind regarding text messaging are to ensure there is a well-defined and unambiguous opt-out message, and that recipients should also be clear that they are opting-in to receiving further marketing messages in a way that complies with the E-Sign Act of 2000. This Act is enforced through assigning costly fines, with violations starting at $500 per message, and can be increased to $1500 if the violation was done knowingly and willfully.

When compared to other types of messaging, like e-mail, pricing for text message marketing services is competitive, especially when working with a partner who knows the business and can provide a short code for lease. Such partners should also be knowledgeable about navigating the specific regulations that text messaging falls under.

Because of the TCPA regulations, many B2B businesses have been slow to tap into text message marketing and add this powerful tool to their arsenal. But with some careful planning, it is possible to build a very responsive and profitable list of prospects and customers to whom companies can break through the clutter of 10,000 ads clamoring for their attention every single day.

A tool like text message marketing is an important addition to any company’s marketing toolset. After all, repetition is a key component in branding to increase visibility, credibility, and name recognition in the marketplace. In the end, it is about using best practices and content to reach your target audiences with the right message at the right time.

Frank Cipollahttps://www.connection-text.com/
Frank Cipolla is president and partner at ConnectionText, a New York-based digital marketing firm specializing in text message marketing and lead generation services. Contact him at 914-672-2433 or frank@connectiontext.com.

Why Would People Want to Work for Your Company?

The Ins and Outs of Selling To the C-Suite