Allen and Macomber recommend that businesses begin tracking Health Performance Indicators (HPIs) as a means of measuring their building’s performance in terms of indoor environmental quality.

HPIs can be divided into four quadrants according to the timing of indicators and what they measure.

Carbon dioxide sensors can be used to gauge ventilation rates; particle sensors can make you aware if a nearby pollution source is impacting your building.

The investment in a healthy building is relatively affordable, the authors state, and the ROI surprises many people. Scientific studies estimate that doubling the ventilation rate of a building cost less than $40 per person per year in all climate zones, yet the benefits of higher ventilation are between $6,500 and $7,500 in improved performance per person per year. 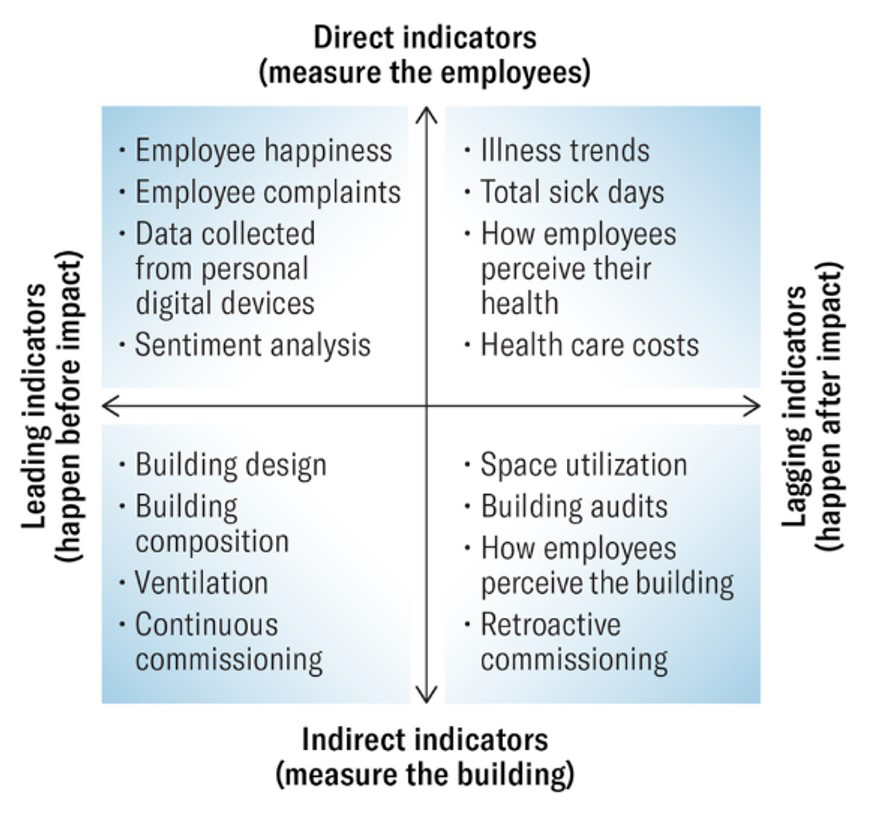 Plan for Peak Moments and Don’t Sweat the Misses

How Does Your Incentive or Loyalty Program Measure Up?

The Choice is Yours.

ABOUT US
Sales & Marketing Management is the leading authority providing news, strategies and training for professionals in the sales and marketing field.
FOLLOW US
© 2021 Lakewood Media Group LLC