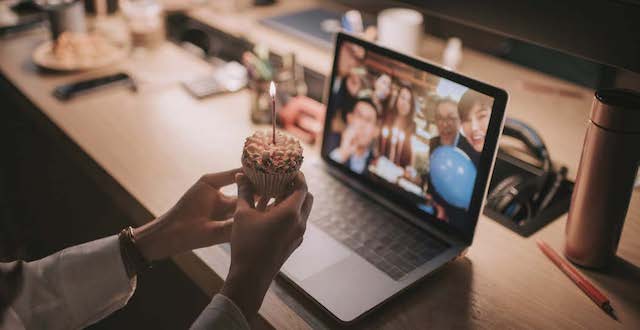 There may have never been a more challenging time to lead teams of workers than this pandemic era. Stories in newspapers and magazines reflect this almost daily.

“I’ve been in H.R. for 30 years, and this is probably the hardest crisis I’ve had to deal with,” Laura Faith, the senior director of people experience and operations at Uber, told the New York Times.

“U.S. workers are quitting their jobs at some of the highest rates in years,” reports Krithika Varagur, who writes on work issues for The Wall Street Journal. The share of people leaving jobs reached 2.7% in June, according to the Labor Department, just short of April’s record-breaking 2.8% rate.

Varagur makes clear that it’s not just service industries that have been wracked by departure en masse. Professionals in their 20s and 30s are burned out and initiating career breaks with the intent to look for a rebound in a new field.

In July, WSJ writer Patrick Thomas reported that online job platform ZipRecruiter advertised more than 700,000 open sales positions around the U.S., up more than 65% from the same period a year ago.

“The struggle to find sales hires predates the pandemic and may have more to do with the types of roles people are comfortable taking these days than it does with a shortage of workers,” Thomas writes. In addition to an off-putting image of glad-handing car salesmen or “Mad Men”-style account reps, recruiters say that early-career hires aren’t always attracted to positions where success is measured in new business brought in.

Return to Offices On Hold

Adding to the complexities of managing teams is a delayed return to the office for companies. Many managers were looking forward to their teams returning to offices this fall, but they have been hit with corporate decisions to delay in-person work due to a spike in COVID cases resulting from the Delta variant. The Times reports that Uber, Google, Amazon, Apple and Starbucks are among the high-profile companies that have postponed their return dates to next year.

And if managers were expecting to have their teams together full time in a post-pandemic world, that desire has been widely crushed. “Remote Work Is the New Signing Bonus,” screamed a recent WSJ headline. Large employers such as Target and Allstate Insurance have joined thousands of other businesses in announcing permanent flexible/hybrid schedules for full-time employees. The National Bureau of Economic Research predicted in a report published in April that 20% of full workdays will be completed from home after the pandemic ends, up from 5% prior to the pandemic.

Keeping workers engaged was a challenge under “normal” circumstances. Today’s remote work world plops an entirely new set of challenges on top of those that already existed.

Much has been recommended since the COVID outbreak regarding keeping remote workers engaged; recognizing stellar performances and rewarding them in a timely fashion makes all of these lists.

“We’re in a world that desperately needs kindness, recognition and empathy,” Debra Corey, an employee engagement consultant, told attendees at a 2020 virtual conference held by WorldatWork. “There should be no limits to recognition, as long as it’s genuine.”

In today’s tight job market, with workers feeling empowered to quit on a moment’s notice and confident they can find other work, it’s more important than ever to pay a competitive salary and provide stellar benefits. Once that’s in place, however, research has long shown that non-cash incentives and rewards can be significantly more impactful on employee performance than cash bonuses.

You’re probably aware of some reasons for this. Cash rewards are spent on daily expenses and quickly forgotten. Also, cash rewards quickly begin to be viewed as expected compensation rather than recognition for stellar work. Also consider that:

This guide is a starter kit for non-cash incentive programs. It includes suppliers of the main categories of non-cash rewards — merchandise, gift cards and reward cards, travel and experiences, and providers of performance improvement platforms that can operate your incentive program from A to Z.

Sell With Your Gut and Get Out of a Rut

Connect Emotionally and Save the Product Features for Your Brochures