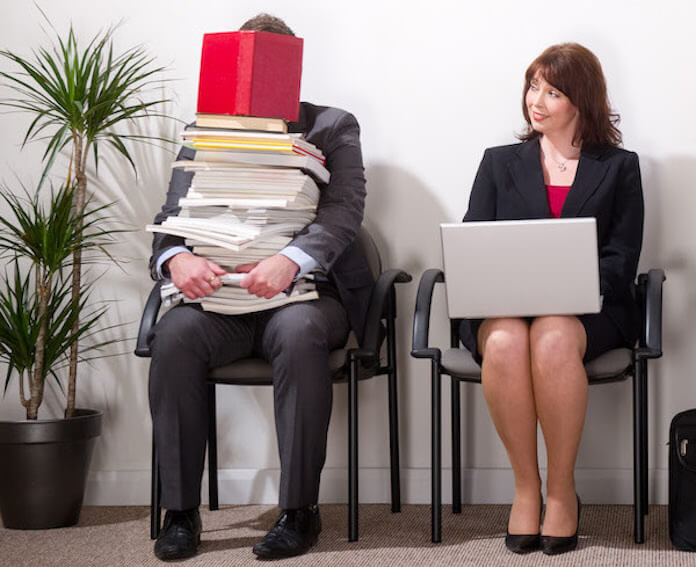 Ashley Deibert says when she lands in a new marketing leadership role at a company, she spends the first 90 days assessing three factors that she believes are critical to peak performance:

Deibert took that approach after starting her job as chief marketing officer at Piano Software, Inc., last June. The company provides a platform for digital publishers to help them monetize content and create reader revenue through subscription models.

By the time Deibert’s first-quarter assessment was complete, it was clear to her that the company’s marketing and sales technology needed an overhaul. Within months, she added 6sense, an account-based marketing platform; she switched the company’s CRM to Salesforce, which she was more familiar with and which she felt was an upgrade; she added Outreach, a sales engagement tool; she added a data cleansing tool to enhance their customer database; and she added UberFlip, a content marketing platform designed to improve the experience of self-educating prospects. Later in the year, understanding how the pandemic was changing every company’s marketing strategy, she purchased software that improves the quality of hosting virtual events and making virtual presentations.

Deibert said she made these investments confident that each of them would help improve Piano’s bottom line. At 38, she is a decade and half into her marketing career. Although different members of her team have greater in-depth knowledge about the capabilities of the technology that she added, she says she has a strong understanding of how each component strengthens Piano’s sales and marketing processes.

Deibert speaks with the confidence of a leader who digs into the details of marketing and sales technology in order to make smart decisions. She says she began assessing Piano’s marketing technology (martech) stack — and the willingness of company leaders to invest in upgrades —  while she was still interviewing for the CMO position.

“I discovered when it came to the internal martech stack, the tools were rudimentary for what we needed as a scaling organization,” she said. “I feel like they were waiting for someone like me to come along and figure it out.”

A Dearth of Digitally Savvy Leaders

Deibert is an anomaly, according to a 2020 study of top management teams. A report on the study was published in a recent issue of MIT Sloan Management Review. A survey of C-level executives and leaders of functions at 1,948 large companies globally found that only 7% of companies have digitally savvy executive teams. The report states that among the companies studied, the average top management team has nine members. Overall, only 17% of individual team members are digitally savvy.

“Digital savviness is an understanding, developed through experience and education, of the impact that emerging technologies will have on a business’s success over the next decade,” the report states.

This dearth of technological know-how has consequences, the report states. Companies with executive teams in which half or more of its members are digitally savvy have 48% higher revenue growth and higher valuations (share price to sales ratio) and 15% higher net margins than the rest of the companies studied.

Head of marketing is one of five management roles the study identified as having the strongest statistical link to high performance. The others are CEO, CFO, head of corporate communications and investor relations, and head of compliance and legal.

The most digitally savvy top teams are far more likely to produce results through innovation and empowered workforces than the least savvy teams.

“There is a line to be drawn regarding the expectations and the necessity of the level of tech savviness with different levels and roles,” Deibert told Sales & Marketing Management. “I’ve always been a pretty tech-savvy leader, but there are members of my team who go much deeper into these platforms than I do. However, I don’t feel like I should be commanding that we use these technologies to drive our strategy if I, at the core, don’t understand what they do. I don’t understand how I could effectively lead my team if I don’t have some sense of how to work the systems that we’re using to achieve our goals.”

According to the study, digitally savvy top teams are quicker to implement innovative solutions, thereby separating themselves from competitors.

“Knowledgeable clients get it. They want to run. They’re willing to experiment. Maybe the experiment doesn’t work, but you learn from it. Things get off a whole lot smoother,” said Frank Strong, founder and president of Sword and the Script Media, an Atlanta-based content marketing consultant that works primarily with B2B technology clients.

In an interview with SMM, Strong recalled having to tutor a CEO on the difference between paid search and organic search when the executive was upset about competitors appearing above his business on Google. “That’s fine as a consultant, because it’s a learning moment that endears me to that top executive. But for in-house marketing teams, it’s frustrating. You can’t even have a basic conversation about marketing if the team members don’t understand the same lexicon.”

When marketers spend as much time making the case for doing their job as they do actually doing their job, that is the antithesis of agility, and it drags on business results, Strong argued.

“Marketing these days isn’t just about marketing,” he added. “It requires considerable time to educate executives. Often, that means making the business case for a marketing program over and over. It’s every bit as much about managing up as it is about identifying and building markets. The best marketing and PR talent won’t stick with such leaders for long.”

According to the MIT study, the companies in the top quartile generate a staggering 59% of revenue from innovations introduced within three years compared with only 18% for those in the bottom quartile of companies.

Additionally, those companies studied that were in the top 25% of savvy top management teams generated 53% of revenues from cross-selling compared to 15% for those in the bottom quartile of companies. (See the chart on page 3.)

Review Deibert’s decisions regarding technological investments and it becomes apparent they align almost perfectly with this statement from a 2019 European Business Review report entitled “Four Pathways to ‘Future Ready’ That Pay Off”: In a digital world, innovation and business transfor­ma­tion aimed at meeting more of customers’ needs and earning a larger share of their wallets are early indications of better financial performance.

To Strong’s point regarding a willingness to experiment and learn from both positive and negative results, the MIT report found that digitally savvy top teams achieve their industry-leading results in part by creating rapid learning cultures that are typified by test-and-learn experimentation, minimum viable product releases and evidence-based decision-making.

The drive to have a technically savvy leadership team doesn’t have to be initiated from the top down, but it does have to be supported by the CEO and other key decision-makers. As Diebert mentioned, she sized up the interest on the part of Piano Software’s executive team to invest in technological upgrades as they were determining if she was a good fit to lead that charge.

“In my experience working for a range of companies of different sizes and at different stages of development, there is a culture around technology that leads to the potential of having technically savvy leadership,” Diebert said. “I’ve worked in organizations where it almost felt like there was an allergic reaction to buying so much tech and a misunderstanding of why they should invest so much money in it.”

Companies that want to improve their digital savviness in leadership roles should start with an honest assessment of which leaders are sufficiently poised for success, and who needs upskilling. Start with the CEO, move to the five roles mentioned earlier that have the most impact on a company’s performance, and expand the effort from there. (See sidebar on page 4.)

A company’s C-level executives and top leaders don’t have to be the most proficient in any tech solution used by their company. However, the increasing importance of technology in a company’s overall performance requires that those at the top have a holistic understanding of what technology is required for peak performance as well as the ability to determine whether the technology they have in place is being fully utilized.

Stumbling on Your SEO Efforts? Try Some Video Magic.